B.B. King was born near Indianola and this corner was where he first played in public.

“RILEY B. KING – It was on this corner, when B.B. was just a young man of 17, that locals first heard the musician destined to become the ‘King of the Blues.’ On June 6, 1980, B.B. King placed his handprints and signature in the walk.”

A poster of B.B. King at this site quotes him referring to this street corner as “my corner…”:

“….On my corner both the blacks and whites would see me. It wasn’t something I planned; it was just a good fishing place – it seemed like a nice spot to be.You’d find me on the corner on Saturdays and sometimes after I got off work. I never passed the hat but the people knew that I’d appreciate a dime if I played a tune they’d requested….”

Here is a map showing the location of B.B. King’s Corner at Second Street and Church Street:

This would be a good corner for a street musician and its attraction for the 17 year old B.B. King is readily apparent. It is in the commercial district of downtown Indianola and the Sunflower County Courthouse (shown in the photo below) is just across the street, so there would have been, and still is, a constant flow of pedestrian traffic around the courthouse and the adjacent commercial and retail district.

With the proximity of the Sunflower County Courthouse, there are several law offices on, or near, B.B. King’s favourite corner. Lawyers typically locate their offices near courthouses so there were undoubtedly a lot of lawyers’ offices here when the 17 year old B.B. King was playing this corner in the 1940’s as a street musician, a fact which likely contributed to the pedestrian traffic which provided B.B. King’s audience.

The photo above shows the present appearance of the intersection B.B. King referred to as “my corner….” The buildings in the photo where likely there when B.B. King first played here in the early 1940’s. 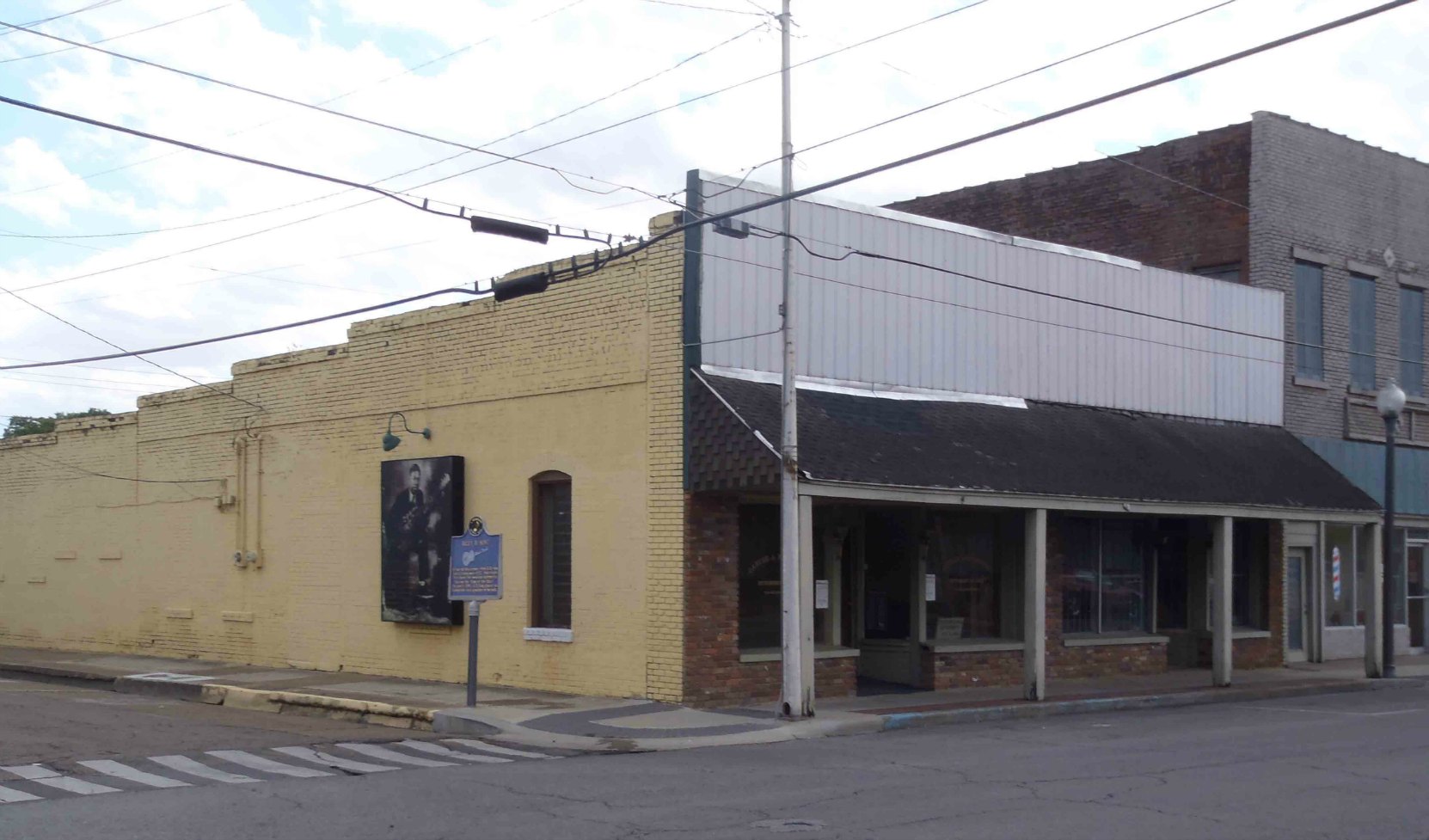 The yellow building behind the MS Delta Blues Trail marker is a lawyers’ office.

B.B. King’s hand prints and signature were placed in the sidewalk concrete in a ceremony on June 6, 1980.

There seems to be a contradiction about the actual date this happened. The MS Delta Blues Trail marker at the site says that B.B. King’s handprints and signature were placed in the sidewalk concrete on June 6. The date written into the concrete is 6/5/80, meaning May 6, 1980 or June 5, 1980. We’ll try to find additional information about this event to confirm the date.